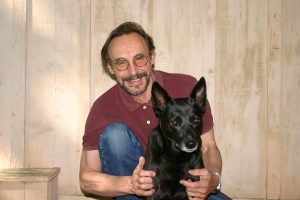 ENGAGEMENT IN THE EMPATHOSPHERE FOR SURVIVAL & HUMAN EVOLUTION

The escalating anthropogenic environmental and associated economic and public health crises that currently assail us and planet Earth call for an ever deepening empathy for the plight of the afflicted and the less fortunate, be they human or not, coupled with understanding of the causes of their plight. But because of the complexities there can be no real understanding without empathy.

In order to gain real understanding of our relationships and interdependencies we must enter the Empathosphere, a realm of consciousness that other animals have shown us in their remote sensing and caring. To some degree this is the cognitive and affective realm of holistic medicine and organic agriculture. As the late Nobel laureate and one of the founding fathers of the science of ethology, the objective study of behavior, Prof. Konrad Lorenz MD asserted that before one can really study animals you must first love them. Deep empathy is tied to both understanding and healing.

British scientist Rupert Sheldrake confirmed this ability of other animals to enter the Empathosphere, which he calls the morphic field, in his documented evidence of remote sensing: Some cats and dogs know when a family member is coming home. But our engagement in the Empathosphere/morphic field cannot be circumscribed and thus limited by self- or family-centered interests to the exclusion of others, human and non-human, animal and plant.

This famous passage from a statement over a century ago by native American Indian Seattle, Chief of the Suquamish, encapsulates the visionary wisdom derivative of the Empathosphere realm of awareness which the vision quest of his people was the ritual initiation of every youth into this realm: “All things share the same breath – the beast, the tree, the man… the air shares its spirit with all the life it supports. Humankind has not woven the web of life. We are but one thread within it. Whatever we do to the web, we do to ourselves. All things are bound together. All things connect. Man does not weave this web of life. He is merely a strand of it. Whatever he does to the web, he does to himself”.

The so called primitive animism of such indigenous peoples as Chief Seattle with their shamanic traditions and initiation rituals enabled them to “see in a sacred way” and live accordingly; they speak from their heart-minds in the Empathosphere. Nobel laureate and plant geneticist Barbara McClintock shared that “Every time I walk on grass, I feel sorry because I know the grass is screaming at me.” (Quoted in Evelyn Fox Keller, A Feeling for the Organism: The Life and Work of Barbara McClintock (1984), 200). Australian aboriginal elder Bill Neidji echoed this empathospheric feeling-awareness in his statement: “If you feel sore, headache, sore body that means somebody killing tree or grass. You feel because your body is in the tree or earth. Nobody can tell you, you got to feel it yourself.”(Quotation from Kakadu Man. (1985). Mybrood Publ. Inc, NSW, Australia.).

The recent transformative generation of the Cybersphere means user-accelerating demands of ever more energy consumption and addictive and dependent immersion of human consciousness/attention-focus in the virtual reality of this cyber-age: And increasing separation from nature and reality as well as from concern and responsibility for the Biosphere. It is the womb, brain and cloaca of the industrial, consumer economy—and is escalating our negative planetary impact. Denied by mammonists and allied scientists for decades, anthropogenic climate change and accelerating loss of natural biodiversity in the complex, fragile, ancient, and beautifully integrated communities and cultures of increasingly refined, symbiotic relationships and species which have created and sustain the healthful integrity, successional continuity and continuation of life in our oceans and wild lands on every continent, now make the future ever more bleak for humankind. In the absence of self-control, the reproductive and consumptive behavior of this form of Homo sapiens will be controlled by the natural balancing forces of disease, famine, internecine strife and homicidal behavior.

If this Cybersphere becomes an end in itself it will intensify the destructive transformation of the Biosphere into a bio-industrialized wasteland dotted with fragmented remnant wildlife refuges, safari parks and petting zoos. This path of rational determinism and global imperialism is already achieving the reverse of what the late Fr. Pierre Teilhard de Chardin envisioned. As a biological scientist and Jesuit priest he envisioned technology -technoinvolution—“hominizing” the planet leading to the evolutionary blossoming of our species in a conscious, Earth-embracing dimension of planetary accord which he called the Noosphere. My dear friend the late Fr. Thomas Berry, recognizing the devastating consequences of misapplied technologies, recast Teilhard’s theocentric view of the place and future of our species with an Earth-or geocentric perspective heralding the “ecozoic” age of ethical awareness. Essentially we must stay connected with the Empathosphere, the heart-mind core of the Noosphere, to prevent the Cybersphere from becoming the anthropocentric locus of anthropogenic climate change, ecocide and biocide. Otherwise the Cybersphere, already a war zone for cyberterrorism while others seek therapy and go through addictive withdrawal from living in cyberspace, will be our ultimate nemesis.

The Cybersphere has become the world-connecting realm of “free trade”, scions of industry, media moguls and business empire builders. But already this realm of mammon is being subjected to industrial espionage and identity theft while its vulnerabilities are probed by those now deeply engaged in industrial and political cyberwarfare. For more rational people, the Cybersphere is a cornucopia of exponentially multiplying possibilities, factoids, and oracles. It is the warehouse of genetic information as well as the public platform to virtual social intimacies, surrogate communities, entertainment and escape. The more disconnected we become from the natural environment/real world through immersion in the Cybersphere, the more we will become a parasitic infestation or an all-consuming cancer in the Earth community, perpetually at war with itself. But there is hope beyond the construction of more power plants to fuel those nihilistic elements in the Cybersphere that feed on narcissism and are driven by profits and the other deadly sins.

Our engagement in the Empathosphere as the bridge between the Biosphere, Noosphere and expanding Cybersphere may secure a more viable future provided it is based on empathy-directed global bioethics* and sound science and not on narrowly vested, anthropocentric self-interests. Our engagements in the Cybersphere should limited to those that either do no harm or benefit the Biosphere especially in networks dedicated to planetary CPR—conservation, protection and restoration– and all for whom we care, from the rights of animals to the health of our communities and loved ones. Otherwise we will lose what is left of our humanity, along with the ancient forests and other wildlands, as well the whales, elephants, wolves and other endangered species and indigenous peoples and cultures that comprise and contribute to sustaining the life and beauty of Earth. Without eco-justice there can be neither enduring social justice nor sustained economic viability and thus no lasing peace or security.

Hope for the future lies in the evolution of our pan-empathic sensibilities, our concern and deep feeling for all sentient beings, plant and animal, their natural habitats and entitlement to same under our protective reverence and dedicated care. We cannot continue to ignore the irrefutable scientific evidence and its implications, of our biological kinship with all life and our ecological interdependence. Nor can we continue to ignore the consequences of not deriving ethical and moral principles from this knowledge especially concerning eco-justice and ahimsa (non-harming), otherwise we will not find the appropriate remedies, legal, political, religious and economic in particular, for the ills of society and dystopia.

We are beginning again to talk to the plants and to rediscover their healing and other powers .The same must be said about the bacteria in the soil and in our own digestive systems that we have treated with grave disregard, as well as the life in the waters where we dump our wastes. As for the animals, their healing powers and emotional benefit to millions of us are gaining medical respect as dogs serve as co-therapists while others sniff out our various cancers and other diseases, bombs, weapons and illegal drugs. The vital contributions of wild animals and plants to the health of the biosphere, with which our own health and well-being, economically and spiritually, are intimately connected, was long recognized by aboriginal peoples the world over who sought to live in harmony with the creatrix/matrix and not destroy what they called our sacred connections.

Our re-engagement with the animal kingdom is emotionally challenged by the heart-breaking burden of their suffering we feel and the cruelties inherent in our collective domination, exploitation and enslavement of other beings, the ending of which will free us to evolve into a wiser and more compassionate life form. But in order to rescue, restore and heal we must have the courage and commitment to suffer for the Earth and all sentient life that has a will and a right to live, and because we care and respect them. As George Orwell said, “Happiness can only exist in acceptance”, which is one of the many gifts of empathic understanding and communion where we discover our own happiness in facilitating the well-being of others but with the caveat of not accepting inhumanity and injustice.

A broken heart can be an open heart, as can a shattered ego become a shaman through a “second birth”. Animals respond to our open hearts and minds with trust and respect, some also with abiding loyalty, affection and playfulness. Our fields, gardens, orchards and forests respond in their ways with bountiful harvests through the vitality of regeneration and renewal which Chief Black Elk called the Power of the World as it lives and moves through us and does its work as we strive to live in peace and harmony.

How The Shelters Started

A day dedicated to dogs

A day dedicated to dogs