As in previous years, this year too the Kalimpong Animal Shelter continued with its ongoing projects of ABC programme, Cat spay neuter programme, ARV camps and Village Camps. Darjeeling District is one of the most economically disadvantaged areas of India, and because of this, animal welfare concerns are often neglected. There were difficulties in arranging camps at far flung areas due to the on going political disturbances, in spite of all odds though, our team along with local volunteers organized many Anti-Rabies Vaccination camp at various localities in and around Kalimpong town as well as some of the far flung villages. There have been no reported cases of Human Rabies death from the Sub-Divisional Hospital which could be attributed to our sustained ABC programme and ARV camps, there has also been increased awareness among the mass as regards to the need for yearly immunization of their pet dogs and cats. Our ABC and Cat spay neuter programme is continuing and we would like to thank Animal Protection Network (APN), for their continuous support. We have been rescuing and trying our best to find homes for the rescued pets. Our morning mobile clinic helps us revaccinate the treat the stray dogs. 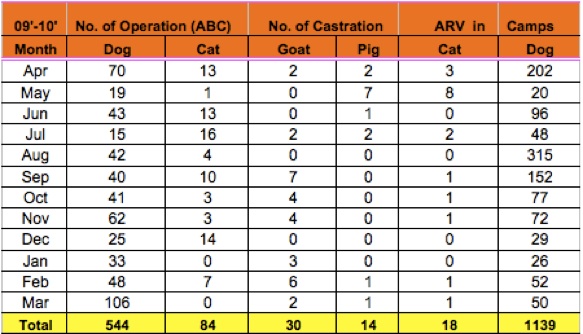 Summarized activities of KAS for the period April 2009-March 2010 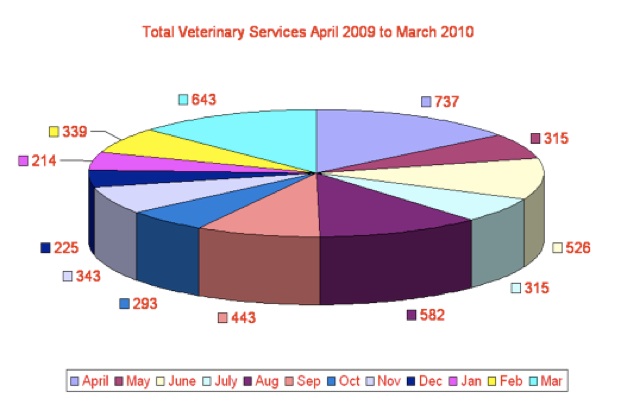