Firstly, before moving onto the weekly report for this week a small background in brief about the activities that the Kalimpong Animal Shelter team focuses on:

The weekly report for this week from 28 September – 3 October 2020 is as follows:

On Monday we observed Animal Care Day where the sheltered animals living at Kas had their health-up in general.  Some of the new dogs surrendered to Kas with some of the skin ailments such as dermatitis and mange were treated. Their follow-up continues. Next Monday, with the clear autumn weather in the Hills of India we are hoping to give good baths to our dogs.

Starting Monday, the animal clinic has been almost full at Kas with animal patients coming in for their treatment. Few bloodworks and x-rays on owned pet animals are being conducted as usual.

Two of the dogs from neighbouring towns, Kurseong and Gorubathan have got their amputation done. The team had travelled for two and a half hours to rescue the dog from Gorubathan. The Vet, Dr. Deo found multiple fractures in them and suggested amputation as the only way to help them fight their pain. The dogs are still admitted to Kas until their caretakers visit them and take them back.

On Thursdays, Compounders Lil and Mahesh patrolled the town to follow up with the yearly vaccination against rabies on some of the street dogs and treated those with skin disease on the spot. It was basically a first aid round.

Some of the street rescues and owned dogs were sterilised at the animal shelter during the week.

Two puppies have found a loving home. Now there are three more waiting for a forever home.

One of the surviving pups with rickets is doing a little better. Hoping she’ll be back on her feet.

In general, the animal clinic continues to serve animal patients coming in for treatment. Most of the sick animals that are treated now by the Vet and team are with bacterial infections, nausea etc.  The animal clinic is open on all weekdays and weekends so that the animals don’t suffer.

Even in the first half of the pandemic the team has helped numerous pet animals. 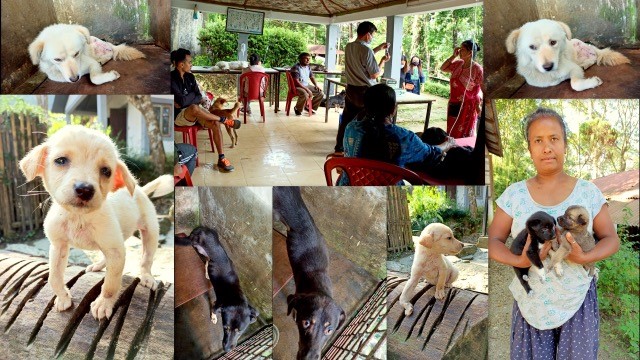